For a decade, 65daysofstatic could generally be found on the peripheries of any scene trying to claim them, headed in the opposite direction. From their immediately recognisable aesthetic of glitches and urgent guitars of 2004 debut ‘The Fall of Math’, the band’s sound evolved via techno, post-rock, drum’n’bass, math rock, IDM, drone, breakcore, film scores and their self-proclaimed “dustpunk”, clattering into the colossal, widescreen noise sculptures of 2013’s ‘Wild Light’.

Expansive new album 'replicr', was released to critical acclaim in September 2019 via Superball Music. This immersive album highlights a continuation from previous releases and a constant evolution which has been evident since their formation.

65daysofstatic is a noisy instrumental band formed in Sheffield in 2001. They have released six albums and numerous EPs and singles, developing a sound that is as compelling as it is divisive. Once intent on taking over the world with noise, they now content themselves with taking it over one room of people at a time. Their music has taken them from the club circuits of Northern Europe to the arenas and dive bars of America; warehouses on the edge of Siberia to airstrips, jungles and all-nighters in the Far East and Australia.

Ostensibly a touring rock band, 65 has also developed a healthy portfolio of extra-curricular activities while maintaining a decade of peripatetics. Such as ‘Sleepwalk City’ at the Millennium Galleries in Sheffield; a sixteen speaker A/V installation that mashed Google satellite imagery into algorithmic drone fabrication, culminating in a glorious marathon of nine live performances across two nights.

Other recent projects include music realised as an online real-time re-mix engine (Prisms), a piece of infinite composition released via a freeware coding platform (YrCodeIsBadAndYouShouldFeelBad) and the short experimental film ‘OSCILLATOR’. Past works include a live-soundtrack to the classic sci-fi ‘Silent Running’, sound design for a BBC adaptation of ‘Slaughterhouse Five’ and collaborating on Jean Abreu’s contemporary dance piece ‘Inside’.

They released their most recent album ‘Wild Light’ in October 2013, and as well as continuing to tour extensively, are working on various secret projects for the weird future.

The band has also completed work on soundtrack for galaxy-spanning phenomenon ‘No Man’s Sky’ – a procedural, open-universe space exploration video game scheduled for release on Sony Playstation later in 2016. The game has already received high praise, including awards at the 2014 E3 conference for “Best Original Game” and “Best Independent Game” by a panel of game critics, as well as receiving the “Special Commendation for Innovation” title. 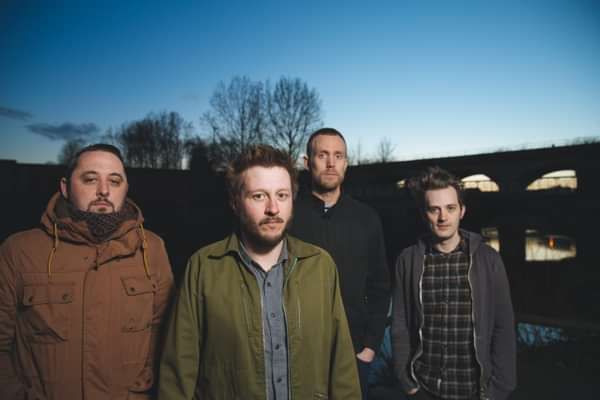