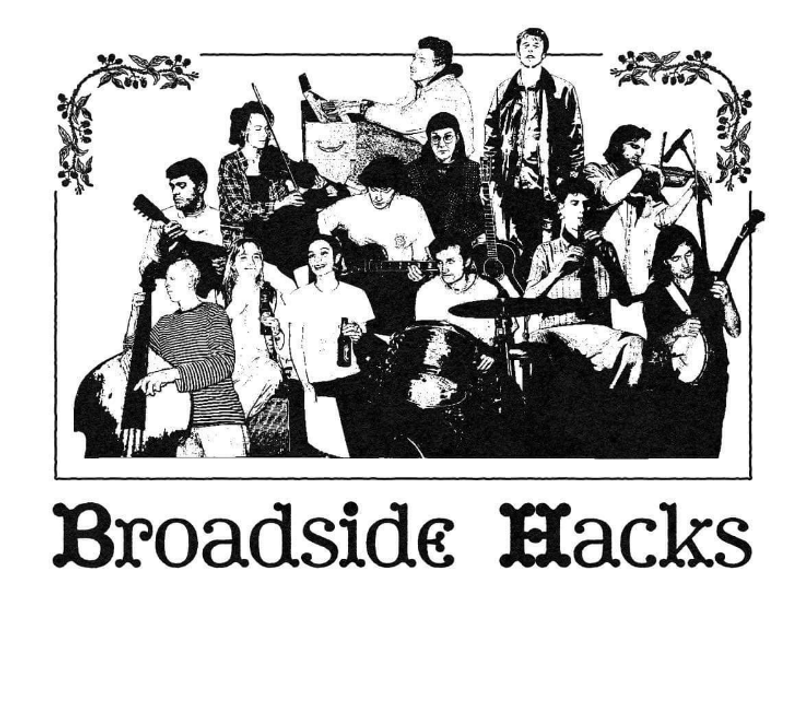 What the hell is Broadside Hacks? Is it a band? Is it a label? Is it a club? Is it a promoter? It’s all of those things. Simplest to call it a collective, reckons Campbell Baum, its founder. Simplest, as a listener, just to accept Broadside Hacks as a mark of something interesting, of a way of approaching folk music that combines creative freedom with respect for the past. Simplest to understand Broadside Hacks does not mean musicians steeped in the folk clubs, but musicians who have created their own folk club to create their own understanding of the tradition. Simpler than that, it's a group composed of an array of brilliantly talented individual artists – among them Katy J Pearson, Naima Bock and members of Goat Girl, Sorry and caroline. What was assembled as a little group of like-minded players to play together once a week, in turn grew into a wider group of an unspecified number north of 10 but south of 20, who make up the floating membership of the performing band Broadside Hacks.