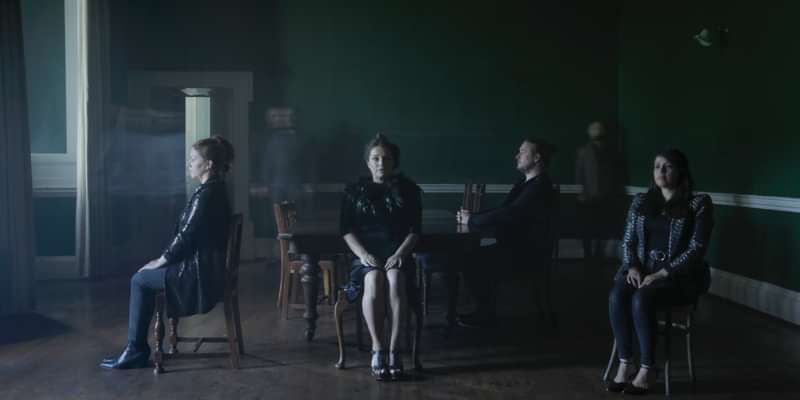 Bird On The Wire - The Songs of Leonard Cohen

Bird On The Wire is a celebration of the finest of Leonard Cohen’s work. Sensitively interpreted by this group of musician’s from Ireland. Bird On The Wire came about as a commission in 2019 and has gone on to perform in some of Ireland’s most prestigious venues. On their first U.K-wide tour, Pauline Scanlon and The Whileaways will celebrate many of Cohen’s best-loved works with crystal clear vocals and intricately woven harmonies. They lead a masterful collective including Will Merrigan on bass, Dave Clancy on keys, Eamon Murray on drums and Matthew Berrill on saxophone. Pauline Scanlon galvanised the Irish music scene with her stunning debut album, Red Colour Sun almost 20 years ago. She has entranced audiences the world over with her distinctly delicate intensity. Pauline has performed on some of the world’s most prestigious stages including The Barbican in London, New York’s Carnegie Hall and The Sydney Opera house. The Whileaways are three powerful forces in Irish roots music, Noelie McDonnell, Noriana Kennedy and Nicola Joyce combine to create a beguiling tapestry of harmonies, tradition and beautifully crafted original songs. Their sound is simply captivating, enthralling live audiences and securing their firm footing in roots music both in Ireland and internationally. U.K fans of Leonard Cohen will journey through song, elegantly navigated by a perfect combination of voices befitting of the master himself. The sensitivity and respect these musicians have for the material is evident in every note. It is graceful, powerful and above all, beautiful.

Bird On The Wire - The Songs of Leonard Cohen