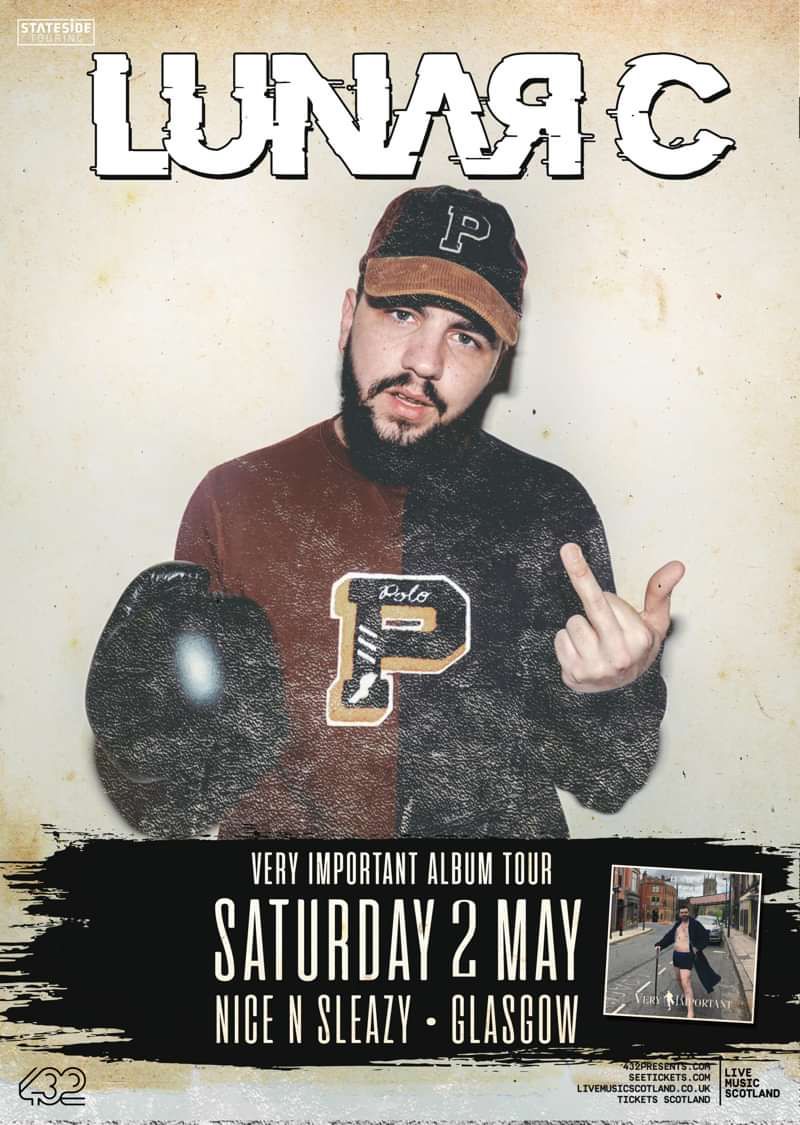 Hailing from Bradford, Lunar C has come a long way since becoming the UK's most infamous battle rapper, following his undefeated run on the UK's #1 battling league, Don't Flop.

Having initially entering the battle arena as a one-off to promote his music career, Lunar quickly became a fan favourite, winning all of his battles, racking up millions of views and even selling out Ministry of Sound in last return to Don’t Flop versus O’Shea in 2015.

Now with hundreds of thousands of fans across social networks, millions of views on Youtube, having had his videos play listed across TV, his self-released debut EP “Good Times and Dead Brain Cells,” reached #25 on the iTunes chart, #2 in the Hip Hop chart, beaten only by Drake, and the highest new entry in the Official UK Urban weekly chart that week.

Over the years Lunar has worked with the likes of Labrinth, JME, Foreign Beggars, Ocean Wisdom and Sway to name a few. In 2015, international tours in Australia with Oz legend 360 and US rapper Hopsin propelled his name even further beyond the underground UK hip hop fanbase.

Charlie Sloth’s has featured Lunar on Fire in the Booth three times, the latest in 2019, and also invited him to the Fire In The Booth Cypher 2015 alongside Lady Leshurr, Bonkaz and President T.

Lunar’s debut album Dirtbrain was released in 2018 to critical acclaim, featuring production from some of the UK’s top producers, including Pete Cannon and Muckaniks. Lunar toured the Dirtbrain album across the UK in late 2018.

His second and latest album, Very Important, was released in late 2019 and features with more features and production from more of the country’s finest, including Jehst, Pitch 92, Pete Cannon and Juga Naut.

In preparation for his second solo tour, Lunar supported The Game on the UK dates of his Born 2 Rap tour.