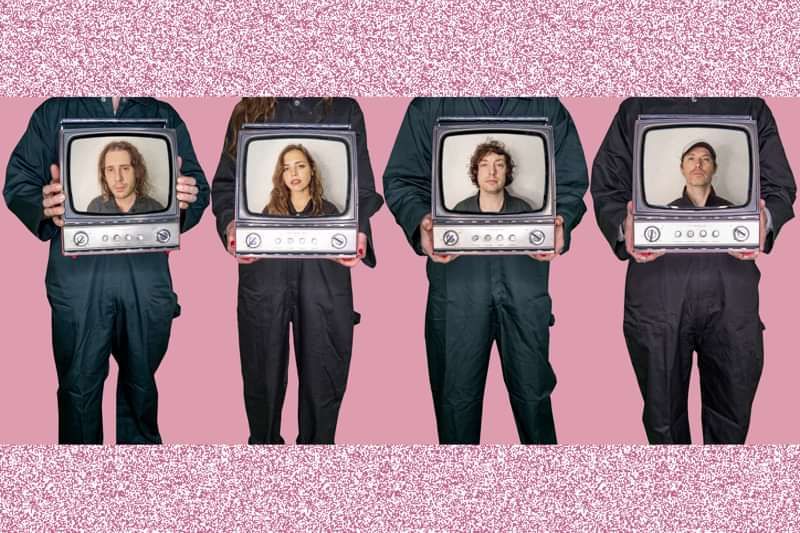 Beach Riot were born when guitarist/vocalist Cami Menditeguy made the decision to up-sticks and move halfway across the world to East London from her home country of Argentina at just 18. Desperate to front her own band, living on a remote horse farm alone was no longer an option; so, to raise funds for the move, Cami made her flight money by gambling on horse races. Meeting fellow guitarist/vocalist Rory O’Connor at a show in East London—and finding a shared love for ice-cream, weird guitars, PJ Harvey, Mudhoney, 4am mozzarella sticks, dark comedy, dungeons and dragons, and Brighton beach hangover fry-ups—at last Beach Riot were born, and the gamble had paid off. The band released their self-titled debut EP Beach Riot in 2018, with a string of standalone singles ‘She’s A Hurricane’ (2017), ‘Serial Scruff’ (2018), ‘Robot’ (2019) and ‘Stuck Inside’ (2019) keeping momentum and buzz around the band’s potent blend of lo-fi drone rock, heavy riffs, and indie pop. Following the bands signing to Alcopop! Records in early 2020, Beach Riot have gone on to release a number of singles, and are currently recording their Debut Album due for release June 2021

We make lots of pop fueled noise. We have loads of fun doing it. We care about equality. No one needs another lad band. We ram out shows and go nuts. We are akin to the band next door, rock stars not welcome 🤘

Check out our Spotify and soundcloud for our music 😍 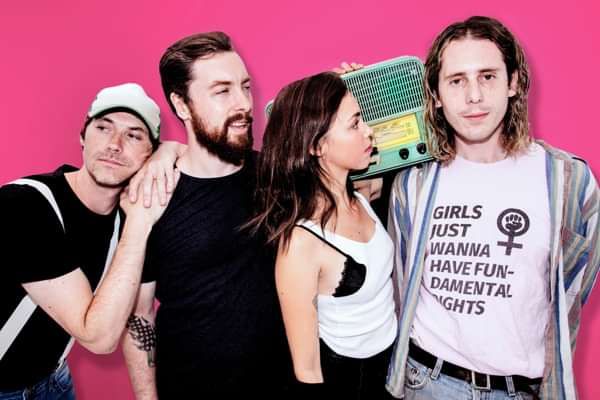 The Party Slogan are an unsigned Edinburgh based 5-piece band, formed over a shared love of bands emerging from the post-punk era and combining that love with some electronic/pop influences, they create a sound reminiscent of The Cure, The Fall and New Order. Formed in 2016, the band went through numerous line-ups before settling on its current state where they have recorded a number of singles and a full length EP, “Reasonably Good Indie Music”. The band plan to continue releasing as much music as possible in the coming years and only show signs of more ambition in their performances and recordings. The next step for The Party Slogan is to broaden their parameters for playing live by getting onto the festival circuit around the UK.

The Modern Record - *"With some cracking songs such as Addiction, A Week In The Sun and Good Thing Going On, I doubt it will be very long before we see this young band hitting the bigger stages."

Heard Not Herd - Young Edinburgh upstarts The Party Slogan have been on our Ones To Watch radar since we clocked them live at the Westfest BOTB in Kirkcaldy earlier this year. Their debut EP "Reasonably Good Indie Music" surpassed it's name as it contained 4 energy fueled bangers. New single "The Man I Would Hate To Be" is out today and is full of promise. Another slice of guitar and bass driven pop/rock which underlies the understated vocals. Also bravo on the segue from the indie rock into a piano section that closes the song. Great stuff

KCR 107.7 FM – A Week In The Sun/Good Thing Going On: “The Party Slogan were kind enough to let KCR 107.7 FM have an early listen to these two great songs and we were delighted to be allowed to play them on The Musical Box, they more than meet the show strapline of Unsigned, Unknown, or just deserving Airplay. Get the single for your collection – you’ll come back to these songs; we know that we will.....”