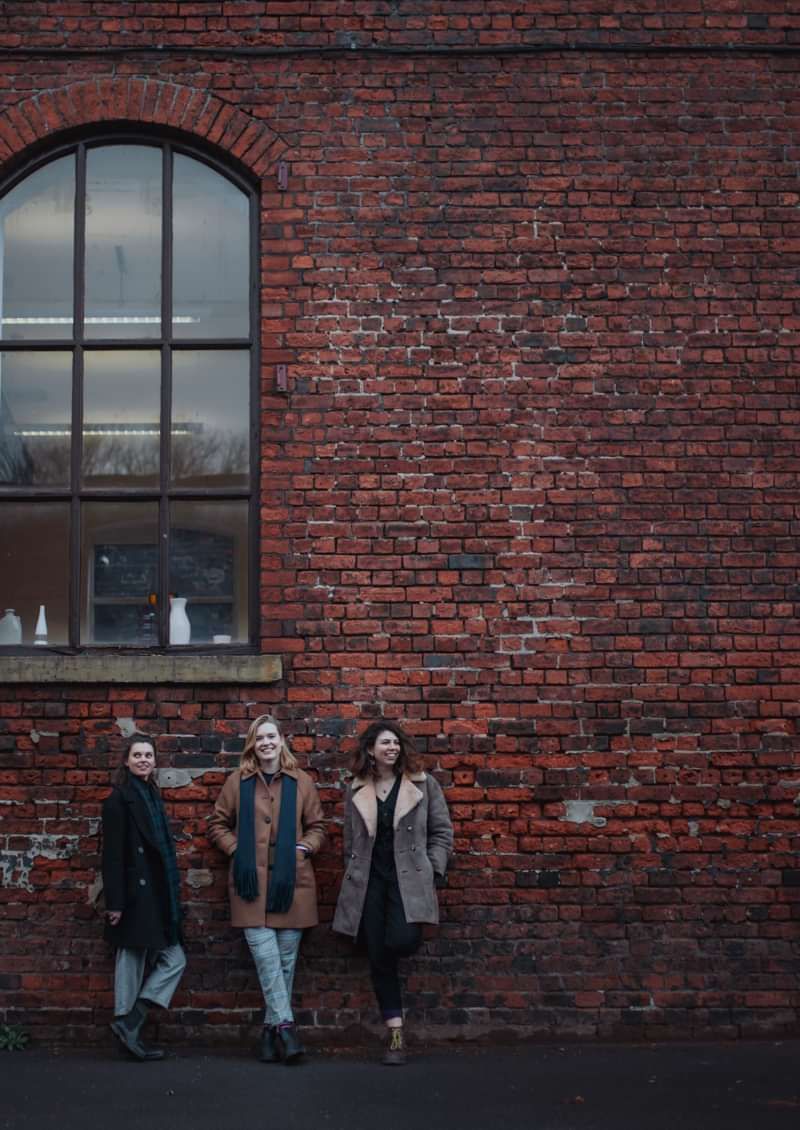 It has only been a short space of time since The Magpies burst onto the UK folk scene, but they have already made a huge impression with their fresh brand of transatlantic neo-folk and have been ‘making waves wherever they play’ (Phil Beer, Show of Hands).

Based on a deeply felt musical friendship, The Magpies work collaboratively, arranging material led by powerful vocals and glittering instrumental ornamentation. They each draw on their wide-ranging influences to create a unique blend of transatlantic folk, transporting audiences to distant lands and capturing imaginations with their enthralling live show.

Three accomplished musicians in their own right, The Magpies is a combination far greater than the sum of its parts. Celtic Connections Danny Kyle Award winning guitarist, banjo-player and singer Bella Gaffney is known for her folk inspired songs which she performs along with her own original arrangements of traditional pieces. Said to be ‘one of the best banjo players in the country’ (Dan Walsh), clawhammer banjo player and singer Kate Griffin’s compositions fuse influences from the British Isles, America and India. And acclaimed fiddle-player Holly Brandon is an ‘ingenious tunesmith’ (Living Tradition), with roots in traditional English music, but with influences from Eastern Europe to Quebec, she creates a distinctly borderless and progressive sound.

In their live performances The Magpies have been exceptionally well-received. Their first year as a band in 2018 saw them perform at festivals such as Cambridge Folk Festival and on main stages at Wickham Festival, Towersey Festival and Deer Shed Festival. 2019 saw their first international shows, with showcases at Folk Alliance International in Montreal, a successful tour in Ireland and performances at Costa del Folk in Portugal. And the summer saw many more festival performances including Glastonbury, Larmer Tree, Warwick and Shambala.

Their debut album - Tidings - was released in June 2020 to critical acclaim. A rich and varied showcase of their live sound, the album draws on a range of influences and delivers a sound that can only be described as contemporary. A huge range of exquisite instrumentation on mandolin, guitar, fiddle, cello, bouzouki and banjo provide a thrilling canvas on which they paint their stories. The album is full of songs which explore uniquely female experiences in unpredictable and surprising ways. From the transformation and sorcery of the traditional ballad The Two Magicians, to lost love, murder and suicide in the original Run River Run, The Magpies bring a fresh voice to the current milieu. As well as drawing on their experiences as women, the material is also deeply rooted in the traditions of their native Yorkshire.

‘Folk with finesse’ - The Daily Mail