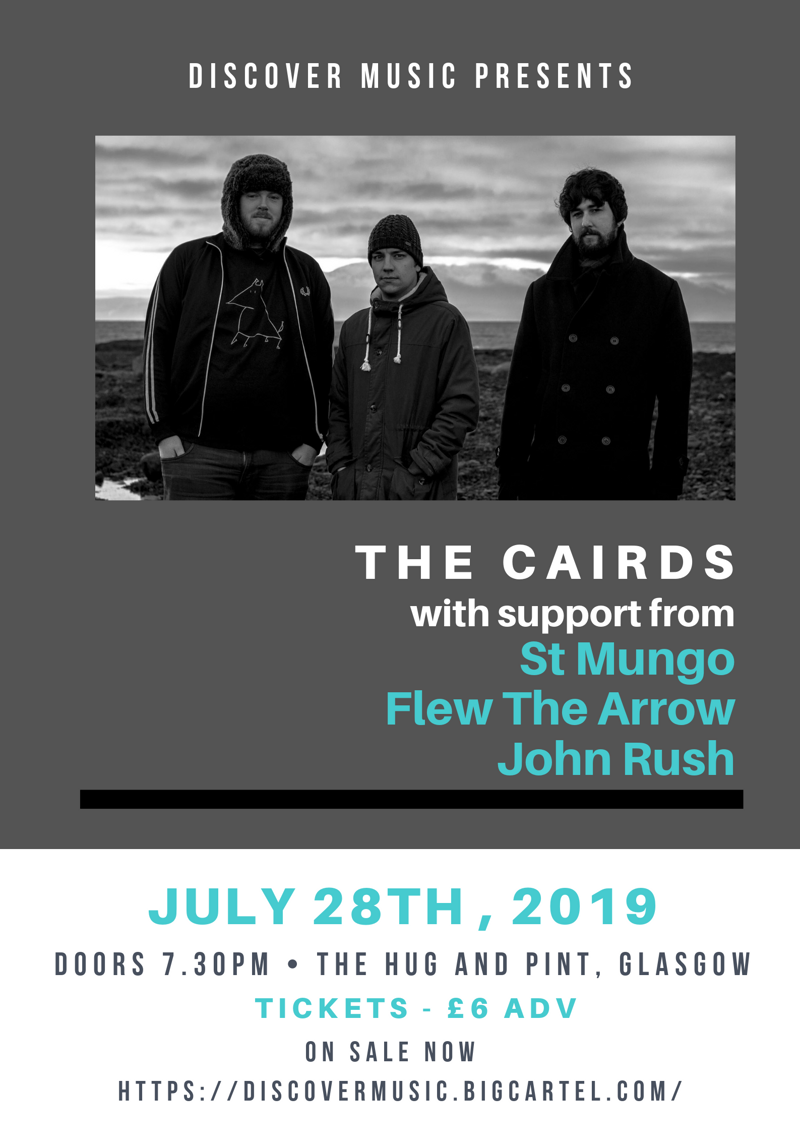 This is Discover Music's 3rd event and will feature;

The Cairds The Cairds emerged early 2015, following a previous musical endeavour. Based in Kilmarnock, Scotland, the band have been focusing on providing their own take on the Indie music scene with the combination of the slightly sweet and catchy, alongside the edgier and grittier. “Live the band are really in their element – loud, gritty and right in your face; they are an absolute must-see live.” Middle Eight Music

St Mungo St Mungo originally was the stage moniker for, Lead Singer, Greg Henderson and his solo project and performances. He is known for folk/rock Scottish accent when singing rhythmic guitar performances at festivals and venues across Scotland

Flew the Arrow “Flew the Arrow fills the room with the warm timbres of his acoustic guitar, a soft voice that bristles just slightly with an Ayrshire twang, crafting earnest narratives of love and loss from Romantic landscapes whose imagery weaves through each song like a subtle and haunting poem.” Rave Child

John Rush “A witty, urbane Glaswegian” “His track Drink with me was reminiscent in vocal terms of an early Rod Stewart, ironically before Rod Stewart became Scottish. Although it was acoustic, it was still at a bouncy, fun pace which the audience bought in too.” Popped Music

Through the years he has racked up some highly acclaimed support slots with names like 'Ocean Colour Scene', 'Mark Morris (Bluetones), 'Chris Helme (Seahorses) and even Paul Weller favourite, Irish singer songwriter 'Declen O'Rourke' to name but a few.

Mr Rush shall took a selection of songs "The Anna E.P" across the pond to New York City, late September 2014 where he showcased the new E.P in a quick mini tour consisting of 4 gigs in 5 nights across the city, concluding in the prestigious New York Music Venue 'The Rockwood Music Hall' late that September.

John straight back in, Glasgow, October 31st where he supported childhood hero and now friend and collaborator Mr Chris Helme at The Admiral Bar, Waterloo Street once again.

Rush not restimg on this was back on stv Glasgow with a rockus set showcasing his new e.p "The Shindig E.P" OUT NOW!!!

John now has set the bar a little higher with his "Piccolo Tour" consisting of Liverpool, London, Glasgow, New York and finishing off early June in Norway 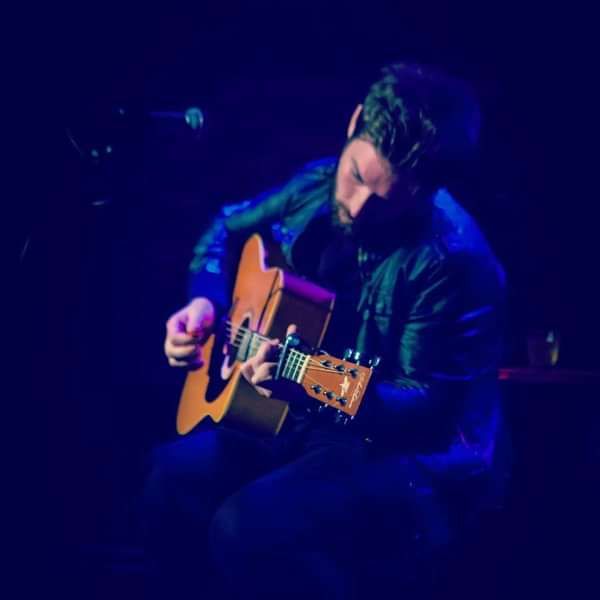