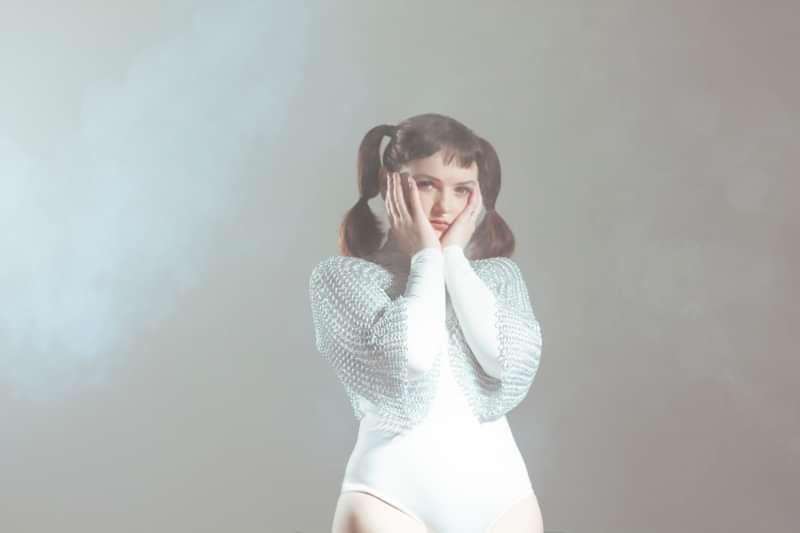 Music has always been a mirror for electronic pop adventurer BABii – a place where “I can dig out demons from the basement of my brain and set them on fire,” as the singer-producer puts it. Among her songs’ skittering beats and fractured synths are reflections of her deepest self that she wouldn’t otherwise know how to access. “It’s always a cathartic process that helps my mind feel less dusty and disorganised,” the Margate artist explains. “But this album was definitely a new extreme...” She’s talking about MiiRROR – a record, book and accompanying alternate reality game that required new heights of self-reflection to create. Written, produced and creative-directed by the production polymath, real name Daisy Emily Warne, MiiRROR explores “the duality of emotions: good and bad, light and dark” across ten songs and a story full of demons and junk yards. The tale it tells may be fantastical, pulling fans through oil-smudged cities and glistening opaline clouds towards a climax in a beat-up transit truck, but it’s a universe built on real-life heartache – not so much a demon fire, but a brutal, beautiful inferno.

“I don’t wanna be, I don’t wanna be, a secret, do you want to keep me?” asks Warne over eerie echoes and hard-like melodies on ‘WASTE’, before tracing “the tracks in the dirt where you left me” moments later. Abandonment is at the heart of this haunting record because Warne grew up without a mother, raised in Yorkshire, Kent and Canada by a nomadic father who, after quitting a potential career playing ice hockey, hustled his way through life, turning his hand to antique dealing and building and renting out a warehouse space to creatives. When her mother later re-entered her life, “a lot of things went unsaid – until one day when I finally had this confrontation with her.” The tidal wave of emotions unleashed by that interaction sparked something in Warne, who decided to devote her next project to exorcising those demons. “I wanted to confront both my negative and positive feelings towards her: the dark reality and the idyll that as a kid I had in my head.”

The result is a nostalgic, ambitious and affecting world to explore: one of the most imaginative and immersive new voices in the UK music underground, championed by BBC Radio 1, 6 Music, Loud and Quiet and The Quietus among others, inviting you to step through the looking glass of her unusual childhood via sound, story and image. Building on the sonic boundary-pushing of her brilliant 2019 albums HiiDE (her solo debut) and XYZ (a collaborative album with her creative collective, GLOO), not to mention her well-received 2020 EP ‘iii+’, it’s an album inspired by “things I loved as a kid, like [1984 movie] The Neverending Story,” says Warne. It’s also informed by her “experience growing up in a dark scrappy atmosphere that I often escaped from by getting sucked into these fantasy worlds. I hope people can discover their own meanings in it and relate to it in their own ways.” Music has always been a mirror for BABii. She hopes this album can do the same for you.