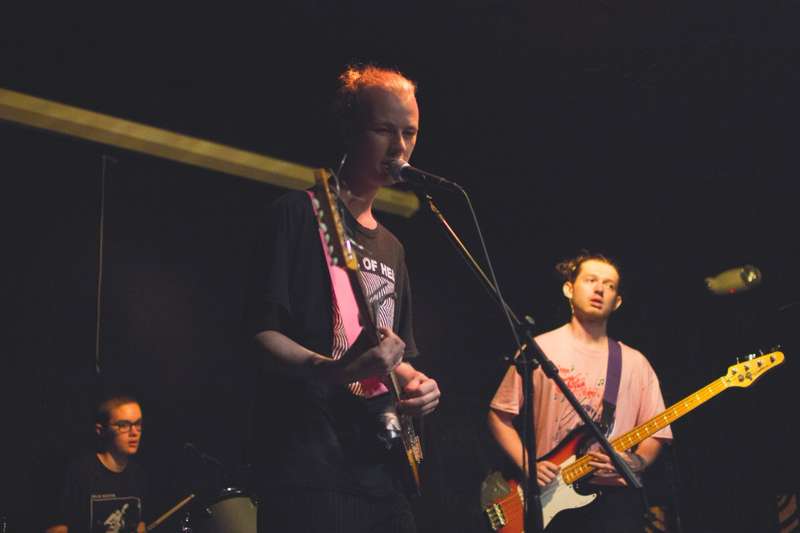 Ghostbusters VHS is the solo project of Tom Massey. He’s been releasing offbeat pop songs, influenced by Teen Suicide and Alex G, since 2016; they’re introspective and reflective lyrically, while excitingly idiosyncratic musically. His latest record ‘Resistance’, out July 5th, bounces from R&B to folk to synth-pop, with the common denominator being Massey’s brilliant songwriting. Live, he’s rounded out by bassist Tom Field and drummer Mia Hughes; the trio toured the US last summer, where they met Mint Green, and are now returning the favour in their home country.

‘Mint Green makes music that feels like the first signs of spring - teeming with life, but still vulnerable and fresh. It’s hard to talk about Mint Green without mentioning Paramore’s Hayley Williams. As with her peers Soccer Mommy and Julien Baker, Williams’ lyrical and musical influence on the next generation of songwriters cannot be overstated. Summery indie rock vibes permeate the pop-punk framework in which Mint Green operates. By packaging themes of late adolescence in a genre targeted towards young teenagers, Mint Green are more effective than most at capturing the tensions and frustrations inherent in early adulthood.’ - Mikey Enwright, Sound of Boston